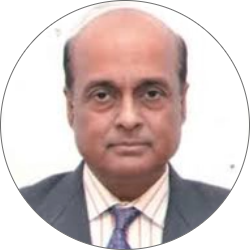 Shri G C Pati completed B.Sc. (Honours) in Physics from Utkal University in 1974 and M.Sc. in Physics from IIT, Kanpur in 1976. He joined Indian Administrative Service in July, 1978 and retired as Chief Secretary to Government of Odisha on 30th November, 2015. His work experience under the Government of Odisha includes the Departments of Revenue, Finance, Panchayati Raj, Rural Development, Animal Husbandry and Industries etc. He was on deputation to Government of India where he worked as Joint Secretary, Additional Secretary and Special Secretary in the Department of Agriculture and Cooperation, Ministry of Agriculture from 2006 to 2012. He was posted as Secretary, Department of Animal Husbandry, Dairying and Fisheries, Ministry of Agriculture from 2012 to 2013 and as Secretary, Department of Defence Production, Ministry of Defence from August, 2013 to July, 2014. He worked as Chief Secretary, Government of Odisha from August, 2014 till his superannuation on 30th November, 2015. Thereafter he was a member of Central Administrative Tribunal, Allahabad Bench. 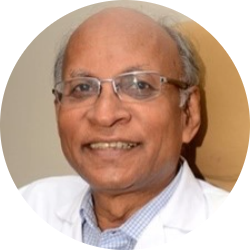 For 30 years Dr. Banambar Ray has worked as an Anaesthesiologist and Intensive Care Physician in Tata Main Hospital, Jamshedpur and retired as General Manager(Medical Services). He has completed his MBBS from MKCG Medical College, Berhampur University in the year 1972 and his MD from Anaesthesiology – All India Institute of Medical Sciences, New Delhi in the year 1977. He has contributed significantly to the development of Critical Care in Eastern India. He initiated and developed National Board Program (DNB) in Tata Main Hospital in 1999 till 2010, conducted a workshop in Dhaka’s Sheikh Mujib Medical University Hospital on Critical Care in 2007, Chaired the Sub Committee of ISCCM for deciding on quality indicators for Indian ICUs. He is Fellow of Indian College of Critical Care Medicine (FICCM) and Life Member of IMA, ISA, ISCCM. He is also recipient of several prestigious awards in India and abroad. 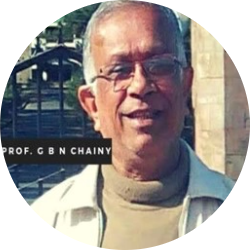 Professor G.B.N Chainy is an eminent Scientist and Teacher in the Field of Biochemistry and Biotechnology. He is well known for being the Founder Head of Department of Biotechnology, Utkal University, Vani Vihar. He was also the Head of Department of Zoology, Utkal University, Vani Vihar. He is one of the most revered and distinguished scientists and teachers of Biochemistry, Molecular Biology & Genetic Engineering in Odisha for last 33 years. He completed M.Sc. and Ph.D. from Banaras Hindu University in the year 1972 and 1977 respectively. He has worked in the MD Anderson Cancer Research Centre in USA & INSERM, France. He has been honoured with the prestigious Fellow of National Academy of Sciences, India among many other achievements. 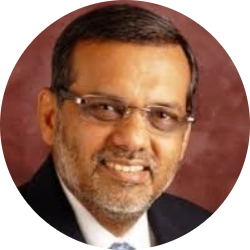 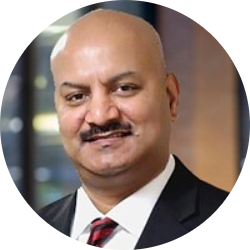 Indranil Sarkar is the President & Chief Executive Officer of Arkansas Health Network since 2015. AHN is the largest and most successful Clinically Integrated Network (CIN) in the State of Arkansas. AHN comprises of 17 hospitals, 3,200 providers and 27 Skilled Nursing Facilities.

In the past roles he was Senior Vice Present of Operations/Value-Based Care for Premier Health based in Dayton, Ohio and Regional VP & Chief Strategy Officer for Presence Health based in Chicago, Illinois. In addition, he has provided strategic consulting and program implementation services to some of the leading integrated health systems and payors in the USA and internationally, including Kaiser Permanente, Advocate, Johns Hopkins, Aetna etc.

Most recently, Mr. Sarkar served as the US National Leader of Healthcare and Practice Vice President for Capgemini. Mr. Sarkar is a Board Certified Fellow of the American College of Healthcare Executives. He is considered a ‘National Expert’ in Value-Based Care and Payor & Provider Strategy.